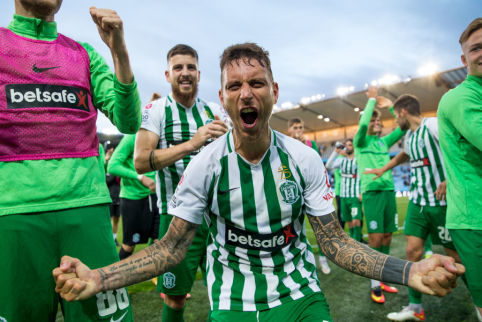 On Friday, a historic draw for Lithuanian football was held at UEFA headquarters – for the first time the Lithuanian team – Vilnius “Žalgiris” – appeared in the draw for the main stage of the UEFA European Championship.

It turns out that Vilnius will compete in Group H of the Conference League, along with “Basel” (Switzerland), “Slovan” Bratislava (Slovakia) and “Pyunik” (Armenia).

“Pyunik” and “Slovan” like “Žalgiris” are the champions of domestic championships. Basel, who previously ruled Switzerland, finished second in the Swiss Championship for the fifth year in a row.

The group stage kicks off on Thursday, September 8. The schedule will be revealed shortly.