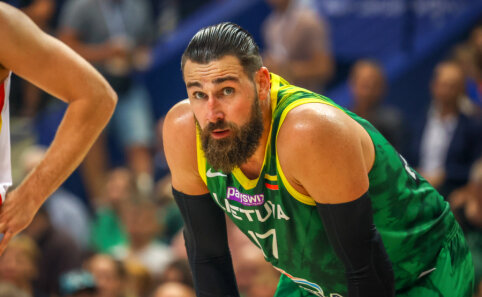 The Lithuanian national basketball team continues its performance at the European Basketball Championships. Lithuania, the undefeated team, will face Hungary, who also marched without success. Overcome.

In the first match of the championship, Lithuania lost to Slovenia after a hard fight (85: 92).

The match was followed by a disappointing defeat to France (73:77).

In the third match of the Lithuanian team participated in a big story. In a match marked by a referee error and two extra hours, the Germans had to acknowledge their superiority (107: 109).

In the next match, Hungary could not stop the attack of Luka Doncic and the whole Slovenian team and lost 88: 103.

The Hungarians played their toughest match against France. The Hungarians, who started back in the fourth quarter, had to accept the victory of their opponent (74:78).

Lithuania and Hungary have met to be selected for the 2019 World Cup.

The Lithuanians won the first match after a hard fight 80:75. Meanwhile, the second match in Hungary ended with a sad victory for the Lithuanian national team (73:50).

The national team met for the last time before the European Championships. In qualifying for the 2023 World Cup, the Lithuanians beat their future rivals 88:78.

The match between Lithuania and Hungary will be broadcast on TV3 and online on TV3 Play and GO3. The match will start on Tuesday at 18:15.