The Basketball Festival featured not only the winners of the 4-year-old team, but also the lucky winners of the trip with the Lithuanian men’s basketball team to the World Cup qualifiers. The special prize was won by four men – Ernest Maleckas, Gintaras Stankevičius, Nojus Beišteris and Martynas Česnauskas – who joined the “Ramybelė” group.

The popularity is undeniable.

An event dedicated to the 100th anniversary of Lithuanian Basketball is organized by the “Tornado” Basketball School, in conjunction with the Kaunas District School and the Lithuanian Basketball Federation (LKF). They all took care of medals, diplomas and awards. According to Arūnas Talal, deputy director of the Department of Culture, Education and Sports, Kaunas City Hall not only funds project activities from the physical activity and sports project program, but also assists organizers in solving technical problems. “We would not have organized such a championship alone without our partners,” said Dainius Čiuprinskas, president of the Tornado Basketball School. 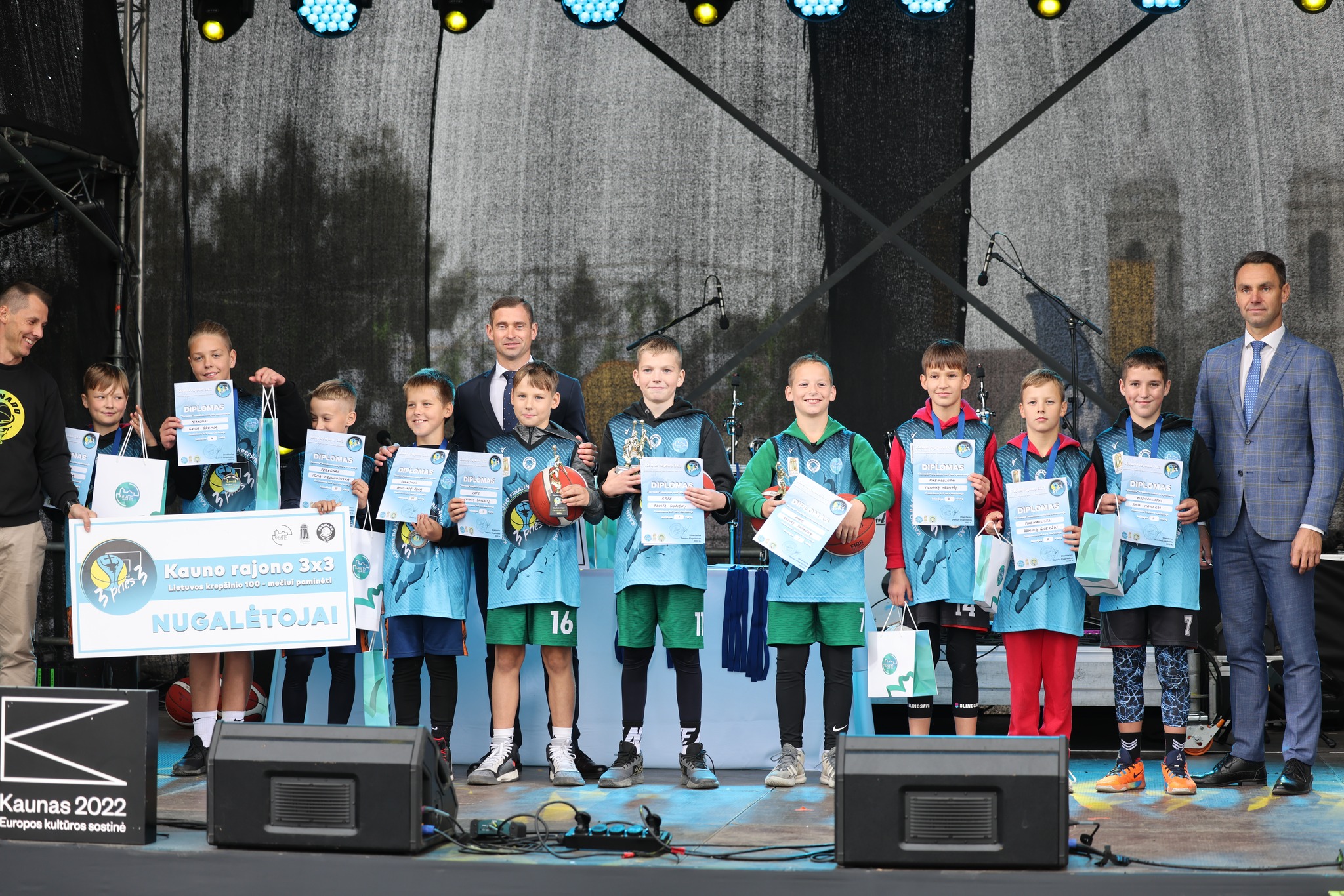 Effort: All participants of the championship tried to get on the podium. Photo by E. Mališauskas.

One of the more important goals of the championship is the popularity of 3×3 basketball since it became an Olympic sport. “In addition, we aim to raise the spirits of the community, we try to attract as many participants and spectators as possible from the area where the championship stage took place,” said D. Čiuprinskas.

To increase the attractiveness of the event, additional events, entertainment, games and other attractions are organized for the children. “We tried to make the event a small sporting celebration. We are happy when family members come to play basketball or other sports and the kids play games. There is even a Foam app for toddlers in Ringaudai. The charm of the championship is enhanced by the famous basketball players: Rimas Kurtinaitis, T. Klimavičius in Šlienava, Paulius Jankūnas watching his son play in Garliava, “said the president of the Tornado Basketball School.

D. Čiuprinskas Happy: From the institutional point of view, the championship did not show any surprises, all the matches went as planned. “It’s surprising that even the residents of other cities – Prienai, Alytus, Šiauliai, Kaunas – are interested in the championship. Gather even in small districts and even city festivals, so we have seen some interesting players who can play 3×3 at a higher level in the future, but without special talent. Naturally, because we focus on non-professional sports, we have written in the rules that professionals can not participate in championships Yes.

We believe this is an ongoing project, so it is definitely worth continuing.

According to D. Čiuprinskas, expectations are fully met, especially due to the number of participants. “We even had to stop registering in some age groups because there were only two bags on the pitch. We are glad that the weather is also favorable for this event as it is very important in Lithuania. We have achieved our goal: we have given the community the opportunity to compete and make basketball popular, ”said the president of the Tornado Basketball School.

He stressed that the infrastructure for popular basketball in Kaunas is good: everywhere, even in remote areas, basketball courts have been rehabilitated to prevent major injuries. Respondents have no doubt: Adequate infrastructure encourages locals, especially young people, to play sports and spend their free time actively and meaningfully.

Asked if the event, which gave a lot of positive emotions to basketball fans and their family members, would continue, D. uiuprinskas made no secret: “The championship is over recently. Will continue to hold its discussions, we do not know if the expectations of Kao Na District Hall have come true. We believe this is an ongoing project, so it really is. “It’s worth continuing. Of course, if we have a partner nearby, strong shoulders we can rely on.” 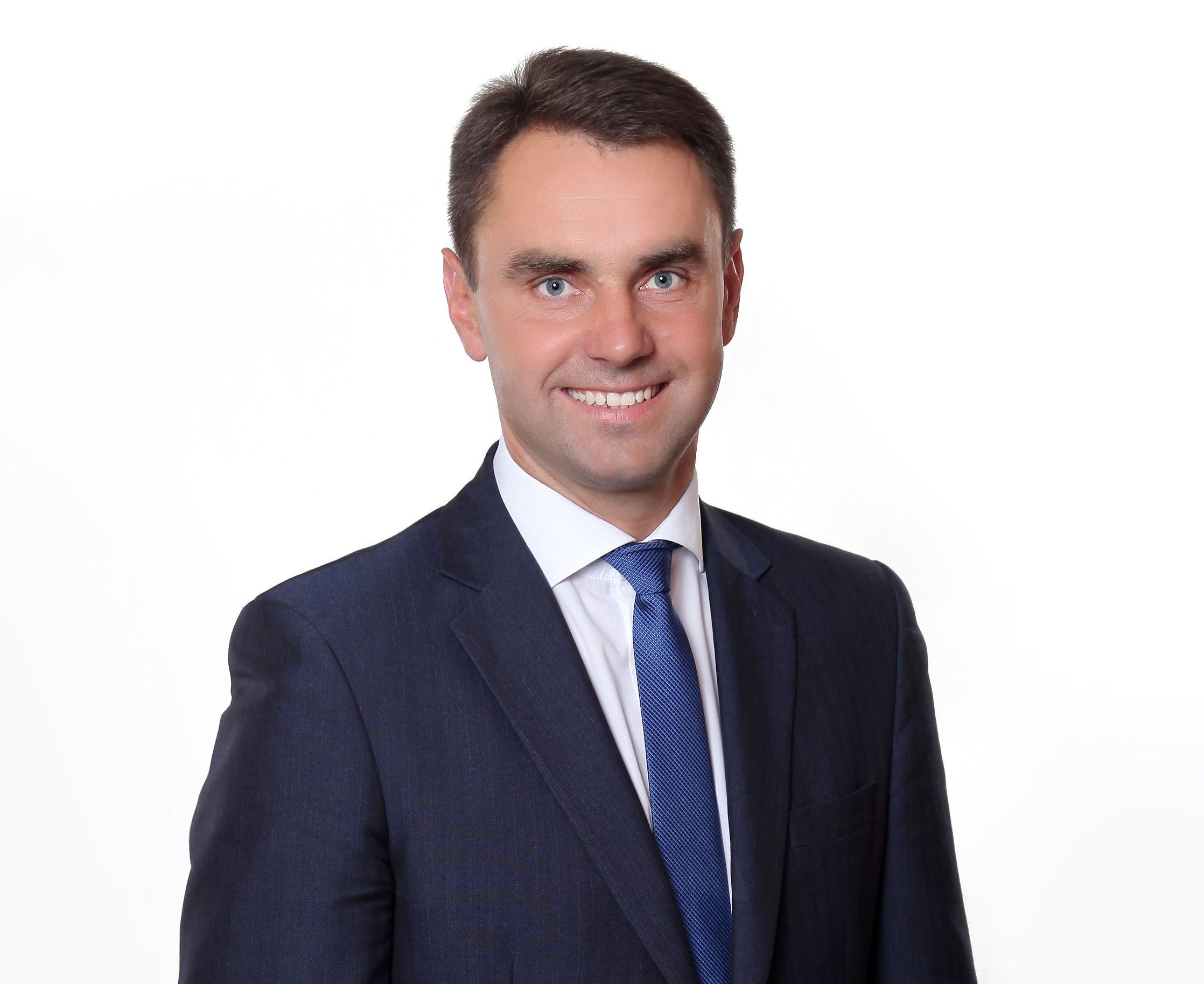 To commemorate the 100th anniversary of Lithuanian basketball, each city hall has been tasked with making this important date meaningful. We have an idea to organize a 3×3 basketball tournament in Kaunas County. An event in this format is a great way to make basketball popular and encourage everyone to actively spend their free time.

We organized the championship together with the Tornado Basketball School. Athletes of all ages can participate in this competition: from the youngest to the oldest. We are glad that the interest in this event is very high, I think the participants are also encouraged by the main prize of the championship – the trip with the Lithuanian national team to the World Basketball Championship.

The event was a huge success, so we will be hosting it again next year. Maybe the champion will grow into a beautiful traditional sporting event of Kaunas District.