Players on either side of their court will be able to throw the ball out of the box immediately without any intervention from the referee. 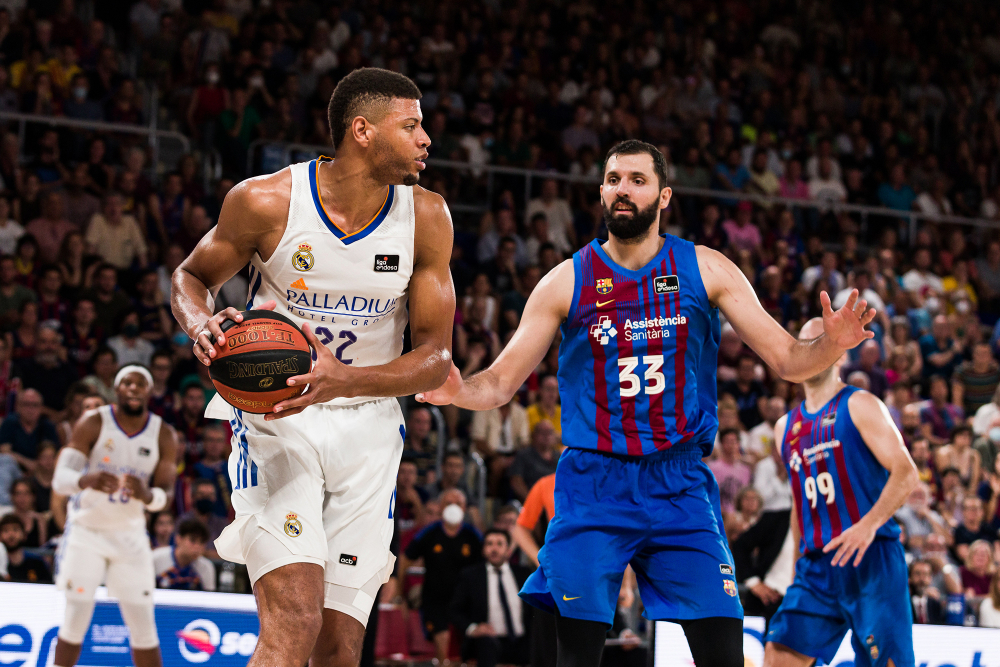 Spain’s ACB has decided to implement a new law for throwing away.

The new law states that the referee is not required to touch the ball when the ball is thrown into his section of the court. This rule is already used in pre-season matches.

According to the ACB, this rule is introduced to add more speed to the game. ACB explains the new law changes in detail:

“During the first 38 minutes of the match, the referee will not touch the ball when it is thrown out of their midfield.” Players will be able to take the ball into play immediately without interruption, thus creating a faster attack.

The new law was approved by the FIBA.

There are many different rules in NBA and FIBA ​​basketball, but the European League has the same rules as in any international FIBA, so if this change happens, the ACB case will be the same. Only one.

An example of a rule:

After enforcing this rule, the entire basketball team will be able to quietly remove the basketball from the Olympics;)

I can also add 6 points in the rules, for example if you take 1 point from the box if you take a penalty – 2 points from a free kick – 3 points long shot – 4 points from midfield. – 5 points from your side – 6 points

Do not know there are many secrets: D

I really do not like this rule, everything looks chaotic. And I feel that the law wants the team players to go back to the stadium where the kids are still playing. Maybe it was a creative idea for someone, but for me it was a complete mess. And certainly not for the ACB, this is the rule, because there is a league where the fastest basketball is already played.

The law will accelerate the pace of basketball in Spain. Looking to the future where things work faster and become more powerful products. This rule has long been used in the Spanish youth league. In Germany since 2020 in the U14 Championship. Good performance speeds up the game, stimulating the concept of the game based on “transformation”. Of course, there are ways to stop it by “strategy” (coaches make changes), but it depends on the level of awareness more. Which one is really different everywhere 🙂 Look at how Lithuania u16 looked during the European Championships, this rule is really appropriate in Lithuania.

I suggest a more effective rule that will increase performance – you can only defend four players, the rest of the team must stand on the other side of the field behind the center line during an opponent’s attack.

Let’s see what we have

We do it here, as in football, it’s a show, and we justify it in defense (by raising the hand in front of the player) when the penalty is thrown: D

Performance should be strongly maintained. JKL can also recommend it.

The full lamp is about to run like a 3×3 mess all over the head towards the nba circus.

I would understand if it did not apply to the side lines. If it can be thrown only if the ball leaves the border behind the line under the basket.

Well, this is one of the biggest changes in history, at least in the last decade.

In my opinion, it just leads to more chaos. You can see in the video that the referee does not have time to show which team the ball came from and they have already attacked. The player who stands farthest from the ball has no chance of understanding whose ball it is, not going back to the defense.

Aldona or Antanas Do you think there are Spaniards living in France?

Wow! That is the law. I hope it will be implemented for the whole world as soon as possible. The game will be faster, more beautiful to the eye with the sound of moaning and fast attack.

Plus. The judge in this case just stopped.

This video is a great example of if you do not control the ball and it comes back to you, it is better to remain silent and kick the ball so you do not get a quick and easy attack in your box 🙂