The Lithuanian Basketball Federation (LKF), which set ambitious goals for women, has become one of the founders of the Basketball Center.

Points are earned this season.

“Agrokoncerno grupė” together with the LKF and the city of Druskininkai created the public institution “Girls Basketball Center”. The mission of this long-term project is to train top-level women basketball players with the ambitious goal of reviving women’s basketball in Lithuania and fighting for the top spot in the Olympics. World and European Championships.

According to Alina Adomitytė, who initiated the Agrokoncernas GDP Director Center, a subsidiary of Agrokoncernos grupė and vice president of the Lithuanian Basketball Federation, this is a long-term national project. One of his tasks is to strengthen Lithuanian women’s basketball and gather the core of the national team.

“One year from now, the Girls’ European Championship will be held,” said Adomaitytė, who became president of the newly formed center. – We hope that the students of the “Girls Basketball Center” will form the core of the national team. “This is a short-term goal and our main goal is to increase the number of top players that will make Lithuania famous.”

The center president plays professional basketball on her own, so she understands exactly what it takes for a female athlete to achieve excellence. According to Adomitytė, girls will train at the center until they graduate, then they can move on to the club and pursue a career as professional players. The best of them are expected to lead the national team. 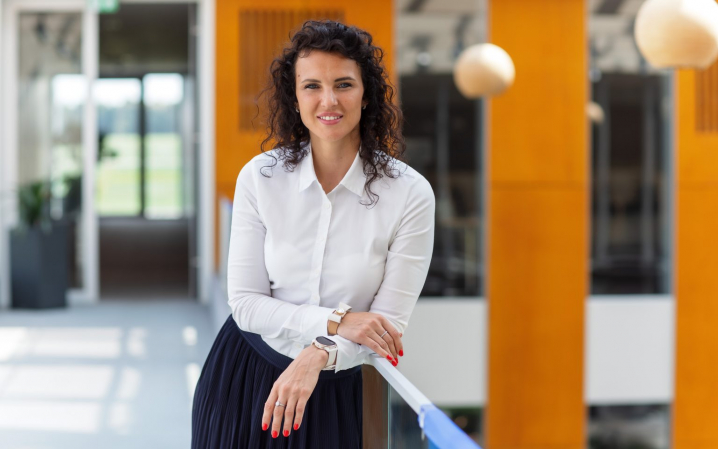 The “Girls Basketball Center” will be located in Druskininkai. This year, 15 of the most talented 14-15 year olds from all over Lithuania will be selected for it. Next year, it is planned to gather a second team to which 13-14 year olds will be invited. The girls will live in the Druskininkai Olympic Center, they will go to school, train and participate in competitions. Female students of the center will be provided with full care as well as paid scholarships.

Athletes will be coached by experienced basketball coach Aurimas Jasilionis. Tomaž Brinec, the famous Slovenian in the world of basketball, will lead the fitness training for the players.

Vydas Gedvilas, President of the Lithuanian Basketball Federation, is pleased that private businesses have taken the initiative to nurture a new generation hoping to regain the prestige of Lithuanian women’s basketball.

The “Girls Basketball Center” of this form is currently the only one in Lithuania at Druskininkai. To commemorate the 100th anniversary of Lithuanian basketball, LKF representatives traveled around Lithuania in search of talented students. Girls with good physical data are seen not only in basketball halls but also in other sports.

According to the Secretary General of the Lithuanian Basketball Federation, Mindaugas Balčiūnas, when raising the level of women’s basketball, attention is paid to two priorities: the number of young players and their skills.

“The emergence of such a center is a great development and good news for women’s basketball as a whole,” Balčiūnas said. – Historically, we have examples of how a center trained top level players. However, this was done by a public fund and we now have a special case where the “Girls Basketball Center” was initiated and supported by a private business. Talented players will be provided with the best education, training and accommodation conditions.

The owner of “Agrokoncerno grupė” Ramūnas Karbauskis believes that the long-term goal set for the students of the newly formed “Girls Basketball Center” to become the elite of the world’s women’s basketball team is realistic. And achievable.

“There are talented players in Lithuania who can play not only locally but also in foreign clubs and represent Lithuania in the national team. However, it is clear that women’s basketball is not very popular, players lack support. That is why we, as a leading group of agricultural companies, want to contribute and help where the most difficult situation is today, ”Karbauskis commented on the decision to support women’s basketball.

Support BasketNews and browse without ads.