The Lithuanian Basketball Federation (LKF), along with the NBA, the world’s strongest basketball league, and Vilnius City Hall have announced the start of the NBA, according to a press release.

Young basketball talent will improve on Žemyna Stadium, which has just opened its doors and has three basketball halls.

“When working in sports, you often have to solve the problem of better resource utilization to expand infrastructure or invest in soft measures, the capacity of specialists, the quality of the program,” said Vilnius. Valdas Benkunskas, who manages the stadium. – In this case, we have the best option when we can provide young talent with good training conditions and top-level training programs. We hope the NBA Basketball School will help nurture a strong generation of basketball players with extraordinary skills. 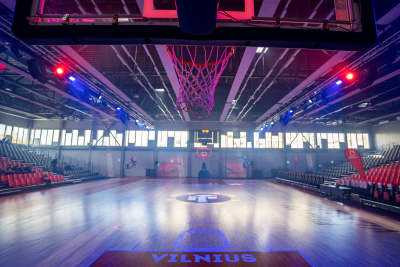 The NBA Basketball School program will be implemented by the Vilnius City Basketball School. The program will include guidelines for post-training, training camps and NBA clinics where the most talented players will be trained, as well as special training for coaches, a wide network of NBA events, standard NBA equipment and other inventory to be used. . For training.

According to the NBA basketball school program, children ages 6-18 will be educated. Girls and boys. Particular attention will be paid to young people aged 14-18 years. Basketball players aspire to be professional athletes.

“It is a great honor for me to be part of this project that was created by Vilnius City Hall,” said NBA Europe Vice President Jesus Bueno Pascual. – We want to be as close as possible to the community. We have a lot of fans around the world and we want to work with them. The NBA Basketball School reflects the spirit of the NBA – it will not only allow children to play basketball, but will also build relationships between future basketball players and build a basketball family. It is a great privilege for us to contribute to this, and Vilnius is the perfect place for that. “ 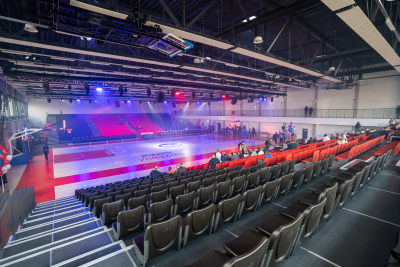 “This is a historic event not only for Lithuania, the Baltic region, but also for Eastern Europe as a whole,” said Mindaugas Balčiūnas, Secretary General of the Lithuanian Basketball Federation (LKF). Such permanent projects have not yet been implemented in the context of the NBA Youth Program.

First, it will provide a wide range of opportunities for the popularity of basketball – not only locally, but also internationally. Having an NBA school brings a lot of international connections. I hope Vilnius City Hall, the host of this project, will really make the most of it.

Second, it will provide a new quality to our youth training and football players’ many years of training methods. Throw. Due to time-tested and accomplished trials and competitions, the Lithuanian basketball method will be filled with new knowledge – this is an example of the training of young basketball players introduced by the NBA that we know the basics but do not. There is no active and practical life. So far.

“I am very happy that this project started in Lithuania and I believe it will give impetus to the wider development of basketball and especially this project.”

The NBA basketball school will operate in the កន្លែងemyna venue. The building has a total area of ​​more than 4,267 square meters. There are three basketball courts in the main area and a gym nearby. The magnifying glass can accommodate 1,400 spectators.

The main basketball court is illuminated with an intensity of 2000 lux and meets the requirements for a arena suitable for competition, so it will be used not only for training but also for events of sporting excellence.