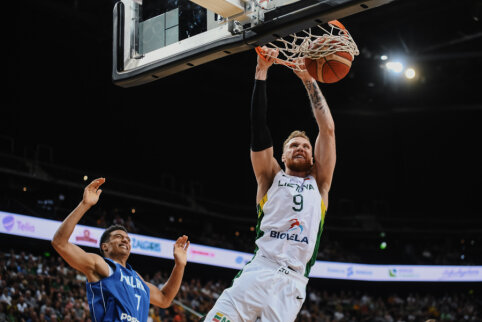 The Lithuanian national basketball team continues its preparations for the European Basketball Championship.

The Lithuanians have arrived in Gran Canaria and will play Spain on August 16 (Tuesday). In two days, the national team will meet again, this time only in Vilnius.

Prior to this match, the Lithuanian national football team played four friendly matches and was able to win all the matches.

Spain have so far played two friendly matches in preparation for the European Championships. Sergio Scariolo’s students played both against Greek basketball players, one of the favorites of the Old Continent Championship.

In the first match in Greece, Spain did not have much chance of winning. Unstoppable by Gianni Antetokounmpo Spaniard lost 16 points (70:86).

The second match has already been held in Spain. Here the hosts could avenge Greece (87:80), who were not assisted by captain G. Antetokounmpo in that match.

Broadcasting of the Lithuanian-Spanish match

The match between Spain and Lithuania will be broadcast on TV3 and on the online platform TV3 Play. The match starts at 20:30.

We will update the results in this information during the meeting.